in Tactical
Reading Time: 11 mins read
A A
0 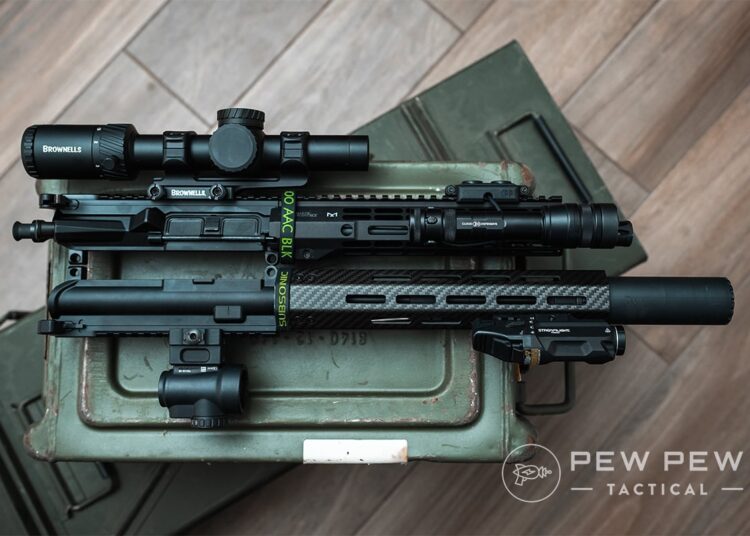 The AR world is absolutely massive, and you can chamber an AR in everything from .22 LR to .45-70 Government. The AR is often adapted to function in calibers it was never designed for shooting.

While that’s cool when it happens, what’s even cooler is when rounds are designed specifically for the AR platform.

One such round is the .300 Blackout. The .300 BLK has easily been the most successful new caliber in the last 20 years.

Why the .300 Blackout Succeeded

The .300 BLK became a behemoth in the industry because of its direct compatibility with existing AR-15 rifles since it is compatible with almost every standard 5.56/223 AR-15 part.

You can use the same mags, same BCGs, etc.

Why You May Want a .300 Blackout Upper

First off, it’s a very versatile load with projectiles weights ranging from 110 grains to 220 grains. The 110-grain rounds are supersonic, and the 220 subsonic.

A subsonic round is much easier to suppress and much quieter when suppressed. The .300 BLK also reaches peak ballistic potential from a 9-inch barrel.

The 5.56 requires a 20-inch barrel to reach peak ballistic performance.

In my opinion, the two rounds are designed for different tasks, and having both simply opens up your options.

What I will do is point you to a few of the best .300 BLK upper receivers so that you can make your transition to this wonder-round.

This question comes up a lot…and the answer varies depending on your end use and if you’re using a suppressor.

We asked Clint Hanson, the founder of Ballistic Advantage, and his go-to barrel length is 10. inches for reliability.

The 10.3-inch length is “not too short and not too long from an all-around/fit every human size standpoint” because you have to figure in the handguard and potential suppressor length.

Once you go under 8 inches or so, you can run into cycling issues since the .300 BLK is a low-pressure round.

So if compactness is the name of the game…make sure you have a suppressor to add some backpressure and also enable you to run a longer handguard.

“Every length has a problem it’s solving, but the 10.3 inch is the go-to and most versatile.”

PSA makes a huge range of items for the AR-15 platform and, for that matter, the AR-10 also.

One of the many things they cover is the .300 BLK in uppers of all sizes, from 7.5-inch barrels all the way to 16-inch barrels, with every standard size in between.

No matter what kind of .300 BLK build you want to create, you can find the upper for it from PSA.

PSA is also, generally, one of the most budget-friendly options.

I love Ballistic Advantage 5.56 barrels (full review) for the right mix of performance and affordability.

This time I checked out both a 9-inch barrel and a complete 10.3-inch BLK upper recommended by Clint Hanson.

I chose the 10.3-inch Hanson barrel factory upper to be my trunk gun, where I valued reliability without needing a suppressor to add back pressure. The length also gave me enough rail real estate to put on lights.

I had initial problems with using an upgraded WMD NiB BCG, but once I switched back to a mil-spec BCG it ran everything like a champ.

Coupled with a LAW Tactical Folder, it fits nicely into my small trunk safe.

My editor’s pick recommendation for a do-all .300 BLK upper.

For my suppressed home build, I went with a 9-inch Modern Series barrel for something slightly shorter but still reliable. It’s been flawless with all different types of .300 BLK ammo.

Check out all the .300 BLK Complete uppers here or just the barrels if you’re looking to build your own.

What’s your take on BA?

Aero Precision is one of the best companies out there for modern, high-quality AR components.

A 10-inch barrel on an AR pistol or a short-barreled rifle is perfect for the .300 BLK. The uppers all feature different-length handguards that accommodate the mounted flash suppressor.

Aero makes gear that works, and these uppers are perfect for your next .300 BLK build or to convert your 5.56 rifle. We also love their 5.56 uppers – check out the review.

We all have a budget to live and die by, and recognizing that, I’d suggest any of the .300 BLK options from Radical firearms.

These uppers range from 8.5-inch barrels to 16-inch options. Radical firearms also produce their uppers in a wide variety of configurations.

These uppers aren’t the fanciest, but they work.

They are mil-spec, and all feature flat top uppers, forwards assists, and threaded barrels. Prices range, but each option is affordable and thoroughly modern.

My personal favorite is the 8.5-inch upper with an MLOK rail. It’s short and sweet and perfect for a .300 BLK pistol or SBR. The M-LOK rail is fantastic and provides more than enough room for accessory attachment.

Want to go a little different? Enter the BRN series, which is based on the AR-180 series that didn’t have a buffer tube but instead went with a short-stroke piston.

That means if you went with an under 16-inch barrel (which you pretty much gotta do with a .300 BLK), then you can get a folding brace for a super compact AR.

And be sure to snag a bufferless Picatinny end lower receiver.

I do want to note one thing before you run out and get a new .300 BLK upper – you NEED to be careful when switching between uppers or even when you have a dedicated .300 BLK rifle and a 5.56 rifle.

You see, .300 BLK can chamber in most 5.56 barrels; however, if you try to shoot it – your barrel (and sometimes more) will literally burst.

As you can see in the image above, bad things can happen when you load the wrong cartridge into your rifle.

Make sure you keep ammo and mags separate.

Personally, I keep them organized by using different color mags – FDE and black for 5.56 and Olive Drab for .300 BLK. I also double and triple-check things before loading a mag into the rifle.

With suppressors and SBRs being all the rage, the .300 BLK continues to grow. The ammo price continues to drop, and upper receiver options are everywhere.

These are just my favorites and represent a very small section of the market. I’m one man and couldn’t possibly see each and every upper out there. Knowing the industry, there must be some amazing options on the market I simply haven’t seen.

Check out more calibers and everything AR in the Ultimate AR-15 Resource.

What are your favorite .300 BLK upper receivers? Anything that makes them stand out? Need a dedicated optic for the .300 BLK drops? Check out our Best .300 BLK Scopes & Optics. 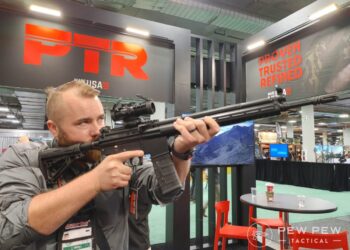 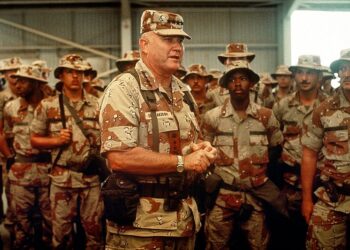 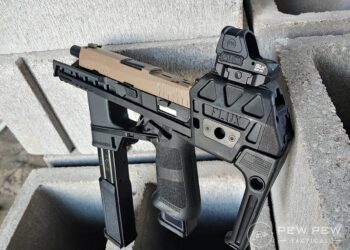 Steet Medicine: Which First Aid Skills Should You Know?