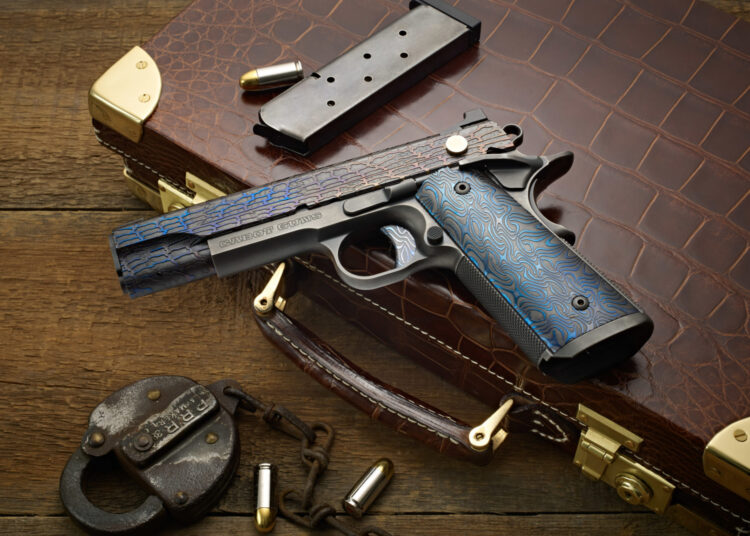 The primordial Leviathan permeates recorded history, a near-deity, entwined between myth and reality. Cabot artisans have wreathed this Leviathan with a spirit of both chaos and beauty. A glance at the pistol’s serpentine patterns calls to mind the same emotions ancient mariners must have experienced when the terrible beast burst forth from the deep, scales aglow and eyes afire.

And while the writhing patterns and textures of Leviathan’s slide may command first attentions, the hypnotic cerulean swirls and eddies that encompass the grips and trigger are equally mesmerizing. Mysterious patterns adorn Leviathan at every turn. The ancient Leviathan was known to have abilities far beyond any other in creation. Legends tell of the water around Leviathan’s body boiling as it surfaced, and uncountable ships sank to the bottom of the Mediterranean, charred by withering fire from the immense serpent’s mouth. Cabot Leviathan is a full/government size pistol chambered in .45 ACP. The slide of the pistol is fitted with golden rack assist discs and a matching gold dot front sight. The case of Cabot Leviathan pistol is hand-crafted in Italy from alligator hide – a perfect case material choice for a pistol named after a mythical aquatic reptile. While any OAK Collection Cabot pistol is a work of art, to me, this one stands out despite being rather simple compared to some of the other OAK pistols. The Eggerling Damascus steel used in this pistol is indeed mesmerizing and one can look at this symphony of patterns infinitely. Let us know what you think in the comments section. 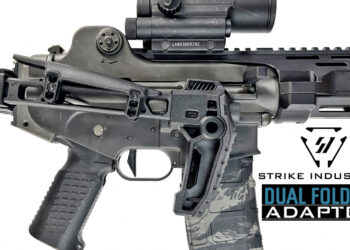 At the last SHOT Show, back in January, Strike Industries unveiled a lot of new products. One of which was... 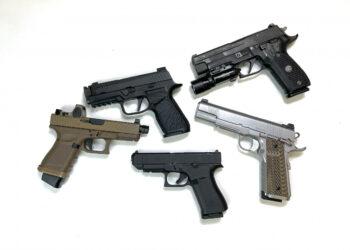 Throughout the Holiday weekend, I had a number of great conversations with friends who also enjoy shooting. One of the... 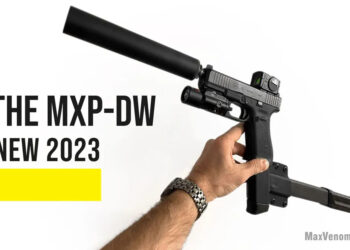 Max Venom introduces a new conversion device, the MXP-DW, meant to allow a Glock to be used in a PDW-style...

Smith & Wesson has released a new Performance Center addition to their METAL Series of M&P pistols, the M&P9 M2.0...