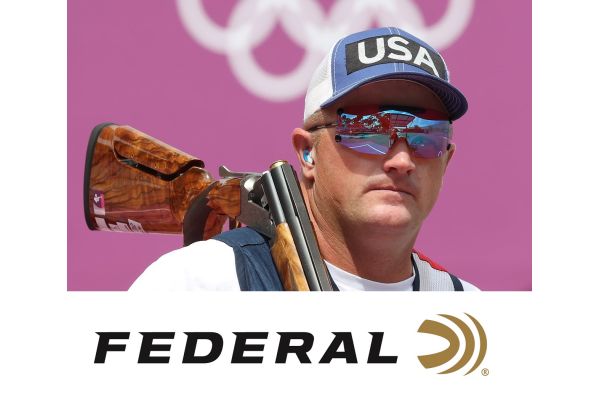 Federal Ammunition sponsored shooter Derrick Mein took home the trap shooting gold at the 2022 International Shooting Sport Federation (ISSF) World Championship being held in Osijek, Croatia. Mein’s performance was historic as he became the first U.S. male shooter to win a world title in trap since 1966.  With the win, Mein has now qualified the U.S.A. for a quota spot in the 2024 Summer Olympic Games in Paris, France.

“Federal shooters continue to make history on the world stage and it’s exciting to be part of their journey,” said Jason Nash, Federal’s Vice President of Marketing. “A big congratulations to Derrick for the win at ISSF. We at Federal can’t wait to see him earn another Olympic opportunity through the coming qualification process.”

During the 2022 ISSF, World Championships Mein broke 122 of 125 targets in qualification. Mein qualified for the medal match after winning a shoot-off against Rashi Al-Athba of Qatar securing Mein’s Olympic qualification. In the medal event, Mein out-shot Nathan Hales of Great Britain hitting 33 of 34 targets.

“For me this win is a great accomplishment and for team USA, it gives us a spot to compete in the Paris 2024 Olympic Games. Hopefully it will lead to more success from our team going forward,” said Derrick Mein. “The biggest key to my success has been quality training and confidence I have when shooting Federal Premium Ammunition. Having that confidence in my ammo lets me focus on doing what it takes to break targets.”

Federal ammunition can be found at dealers nationwide. For more information on all products from Federal or to shop online, visit www.federalpremium.com.