Henry Repeating Arms has released a New Original Henry .44-40 WCF 25th Anniversary Edition rifle. The model will be limited to 2,500 units, each with a unique serial number ranging from 25HENRY0001 to 25HENRY2500.

The length of the octagonal blued barrel is 24.5″. The magazine capacity is 13 rounds. The rifle has a polished brass receiver and rosewood furniture. The MSRP is $3,990. There is also a classic lever action chambered in .22, as a 25th Anniversary Edition, priced at $1,130 and described below.

Below: Don’t expect any optics or red dots on this rifle. This is a folding ladder and blade kind of optic. Read more details in the company’s product announcement below:

RICE LAKE, Wis., Sept., 2022 – Henry Repeating Arms, one of the country’s leading firearm manufacturers, is pleased to announce two limited-edition models celebrating the company’s twenty-fifth anniversary. Available at dealers nationwide while supplies last, the rifles pay tribute to the beginnings of Henry Repeating Arms as a company and the origins of the lever action rifle’s enduring legacy in America.

“In the gun-making business, twenty-five years makes us a new kid on the block, but I am endlessly proud of how far we have come,” said Anthony Imperato, CEO and Founder of Henry Repeating Arms. “These new rifles are not only a toast to what we do best, which is building guns, but it’s a toast to every single one of our employees and customers that have made Henry Repeating Arms a part of their lives and keeps us striving for our very best day in and day out.”

Twenty-five years ago, from a small manufacturing facility near the Gowanus Canal in Brooklyn, New York, Henry Repeating Arms began shipping the now world-renown model H001 Classic Lever Action .22. Since then, the company has sold more than one million of the rifles. Now, the company is introducing the 25th Anniversary edition, which features Semi Fancy genuine American walnut furniture and an engraved, nickel-plated receiver cover with 24-carat gold plated highlights. Other specifications include a tube magazine with capacity for 15 rounds of .22 Long Rifle, 17 rounds of .22 Long, or 21 rounds of .22 Short, a fully adjustable semi-buckhorn rear sight, and a hooded blade front sight. The Classic Lever Action .22 25th Anniversary Edition (model H001-25) is limited to 5,000 units with a manufacturer’s suggested retail price of $1,130.

Patented in 1860, Benjamin Tyler Henry’s breakthrough design for a reliable and practical lever action repeating rifle cemented itself in American history with a legacy that continues to this day. The New Original Henry Deluxe Engraved 25th Anniversary Edition is a salute to this lever action heritage with a unique touch of rosewood furniture hand-selected by Anthony Imperato.

“It was love at first sight with this rosewood, and I immediately knew we needed to do something special with it,” said Imperato. “The richness and warmth of the wood is the perfect complement to our hardened brass and polished blued steel.”

The rifle is a faithful recreation of the original patent except for more robust materials and the concessions needed to accommodate the more modern .44-40 WCF cartridge, of which the rifle can carry 13 rounds. Other features include a folding ladder rear sight, a brass blade front sight, a hardened brass crescent buttplate with a period-correct storage compartment, and near full coverage engraving on the hardened brass receiver flats. The New Original Henry Deluxe Engraved 25th Anniversary Edition (model H011D-25) is limited to only 2,500 units with an MSRP of $3,990. Best Side Imaging Fish Finders of 2022 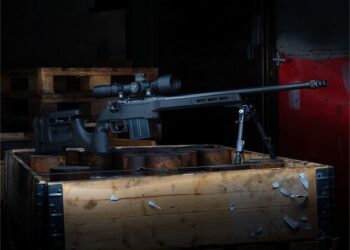 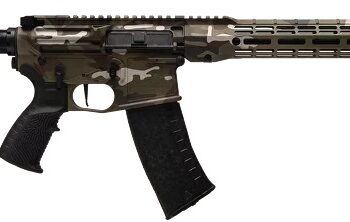 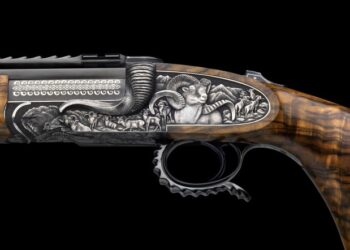 Reloading Made Easy with the Hornady Lock-N-Load® Classic™ Kit