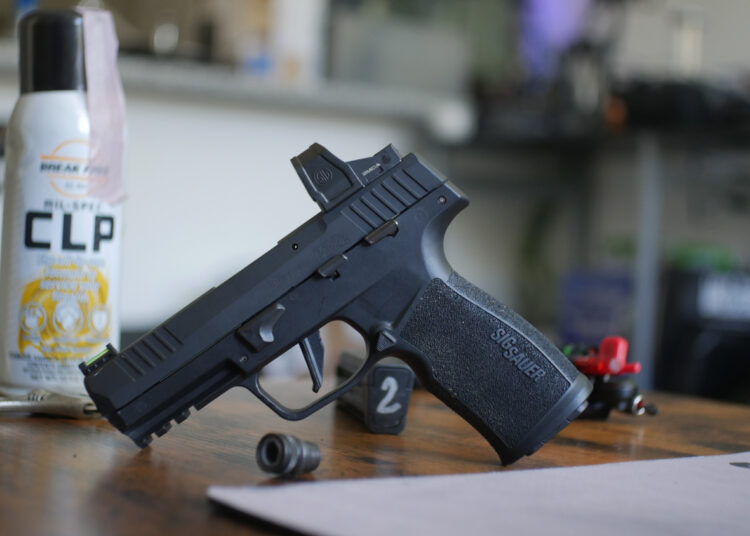 Hello and welcome back to another edition of The Rimfire Report! This ongoing series is about the rimfire firearm world and its many guns, ammunition types, shooting sports, and history! Last week we looked back at the Stevens Pocket Rifle (also known as the Bicycle Rifle). Although this gun might have been relatively obscure for modern firearms enthusiasts who don’t collect, it seems like the idea of the pocket rifle is one that is well received today and would probably even make for a great addition to the current rimfire firearms market was someone to take up the mantle. Some of you even reached out to me via Instagram and compared it to the Chiappa Little Badger which is a small single-shot .22LR or .22WMR rifle that basically folds in half to give the collapsed package an overall length of 17″. Many of you thought that if Chiappa simply slightly redesigned the firearm to accept a detachable brace and a slightly shorter barrel, this would be as close as we could get to the Pocket Rifle today. This week we’re dipping back into the recently released SIG Sauer P322 22LR pistol. My personal P322 is creeping pretty close to 15,000 rounds. While the gun is still running flawlessly, I think I kind of proved the point when I hit 10,000 rounds without cleaning and the gun just kept chugging along. Today we’ll be taking a look at how to field strip the P322, what the manual recommends for cleaning it, and also go a bit beyond what the manual calls for and finally take a look at some of the guts of the P322. Who’s ready for some long overdue SIG P322 maintenance?

Just to underscore how much I think SIG underestimated their own product, the official manual for the P322 calls for cleaning and lubrication “every day the pistol is fired or at a minimum of every 500 rounds.“ Every 500 rounds might actually be quite a good metric for most rimfire pistols. I’ve found that my TX-22 Comp requires cleaning after about 250 rounds before I start to see a sharp uptick in malfunctions and stoppages and my Ruger MKIV seems to need cleaning and lubrication about every 1,500 to 2,000 rounds. Meanwhile, and as demonstrated before, my P322 didn’t get any cleaning or lubrication of its moving parts or friction surfaces until about 15,000 rounds (I did clean the bore of the pistol at 6,000 and 10,000 rounds). I’ve uploaded a short clip of my personally owned P322 below just before I cleaned it – just to demonstrate that it is indeed still working.

The SIG P322 is fairly easy to field strip but somewhat counterintuitive. The P322 doesn’t break down like a normal SIG Sauer handgun. The field stripping procedure is as follows: It is worth noting here that if you have the threaded barrel extension on, then you won’t be able to remove the slide from the rest of the gun. All you have to do is lock the slide back, unthread the 1/2×28 adapter and then replace it with the thread protector that the gun ships with. That’s pretty much it. Any further disassembly beyond this point is actually advised against by the manual but for reasons I’ll explain later, I decided to go further than the manual calls for. My thread adapter is so fouled that normal scraping and brushing won’t fix it. Instead, I’ll have to throw it in a chemical solution to remove all the caked-on carbon

I gathered my regular handgun cleaning tools and got to work. The manual calls for the cleaning of the extractor, rail slots, and breech face so that they are free of dirt and residue, the barrel is cleaned with patches and a bore brush, and the frame is cleaned with CLP and cotton swabs. As you can see from the following pictures, both the slide of my P322 and its frame were quite dirty from the thousands of rounds I’ve put through it with 1/3rd of that being with a suppressor. For most of the cleaning, I simply soaked the pistols fouled parts in some Break Free CLP, and then removed all the debris with a combination of nylon brushes, patches, rags, and a dedicated scraping tool for some of the more fouled parts. Section 7.4 of the SIG P322 manual gives you a step-by-step breakdown of how to field strip, clean, and reassemble the pistol. The manual also has a brief section on disassembling and cleaning the magazines but it also says this is probably not going to be necessary unless you’ve dropped the magazines in dirt or mud and that debris has somehow worked its way inside of the magazines. Regular maintenance for the 20-round magazines simply involves cleaning the magazine tube, and follower with a soft nylon brush and a cloth – this is all I did for mine. The underside of the slide assembly is easy enough to clean with just a nylon brush, CLP, and a small flat dental scraper I would have stopped here and reassembled the pistol as all the points mentioned in the manual had been taken care of. However, due to a combination of morbid curiosity, and the fact that I could hear grit and grime when working the internal hammer in and out of its cocked position, I wanted to get in deeper. If you’re going to go beyond what is stated in the manual, be sure to take note of the orientation and positioning of some of the smaller parts that will come out of the gun. Failures to extract can be caused by a fouled extractor. Make sure to remove debris from this area as well Underneath the slide rails is another important spot to make sure as much debris and carbon fouling as possible is removed.

The SIG P322 is somewhat reminiscent of the P320 and P365 series pistols in that its fire control group is almost all contained within one single unit that is separate from the frame itself. However, unlike the centerfire pistols, the P322 uses a mainspring housed within the grip and powered by a spring connected to a small arm that is attached to the hammer. In addition, and quite obviously, the fire control group is also attached to the barrel via a 1/8″ roll pin – for the sake of simplicity, I decided not to remove the barrel from the fire control group. The removed fire control group. Note the orientation of the small arm that transfers mainspring energy to the hammer The orientation of this small notch is important. This connects to the left-hand side of the hammer

In order to dislodge all of the grit and grime from the fire control group, I repeated the same process of coating with CLP, removing as much as possible with cotton swabs, rags, patches, and scraping, and then recoated it with CLP and blasting the remainder of the debris from the top and out of the bottom of all the moving parts. After this, I gave the internal parts another good wipe down, cleaned out the frame which was also quite dirty, and then reassembled the pistol. The SIG P322 continues to impress me the more rounds I put through it. I’ve been using the P322 a lot recently to introduce new shooters to the sport and go over basic pistol shooting techniques and procedures and it continues to be a reliable gun. While it may not be as easy to clean as say a Ruger MK IV, it also has (at least in my case) proven to need a lot less maintenance than other rimfire handguns and I think for new shooters this might be a good thing as it is far less intimidating to work with than older rimfire handguns. I’d like to hear what you guys think about the SIG P322 once again, specifically the interior of the handgun and how the fire control group almost mimics the P320 and P365. To me, this indicates that there might be some room down the road for SIG Sauer to adapt the P322s internals for use in both larger and smaller rimfire handguns, and perhaps even a semi-auto rifle someday. As always leave your comments below and be sure to check back again next week for another edition of The Rimfire Report! 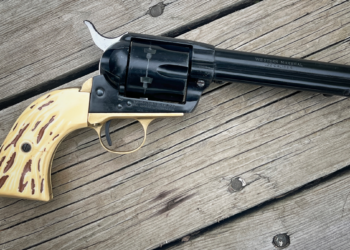 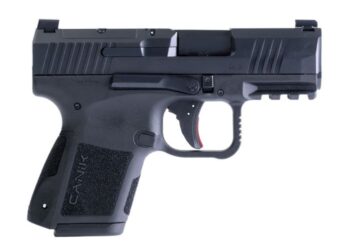 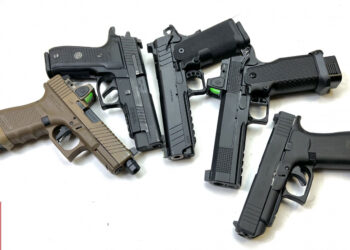 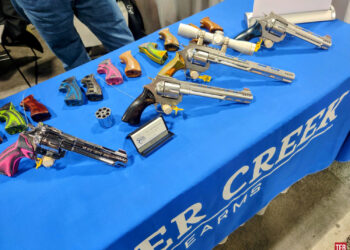