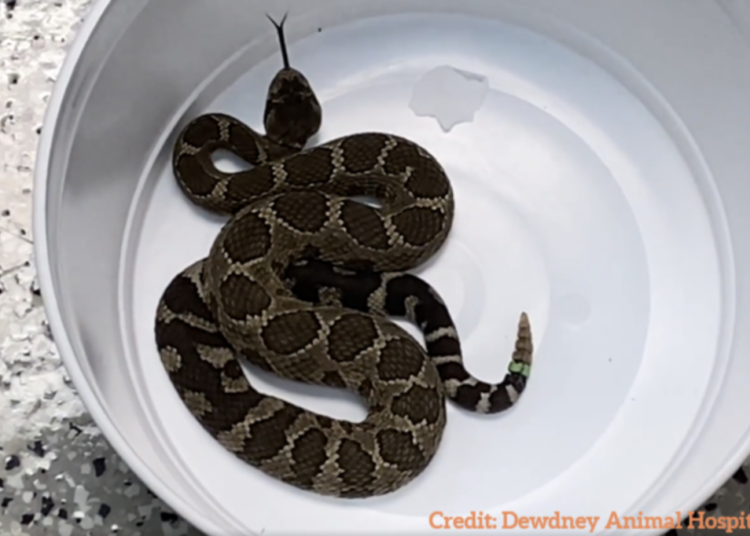 You’re a salesman at the Vancouver Ferrari Dealership. You’re used to dealing with a high-flying clientele—rich people, celebrities, corporate bigshots, and some people who are real snakes. But one day you walk into the showroom to find an actual real snake crawling around. And it doesn’t look like a garter snake. It’s got “spots” on it.

It turns out to be a Northern Pacific Rattlesnake that had hitched a ride from the Osoyoos, British Columbia, to Vancouver, where it slithered out of the car. There was no comment available from whoever had ridden with the serpent all that way.

The folks at the dealership sent a picture of the snake to the Wildlife Rescue Association of B.C., which identified it. Wildlife Rescue then dispatched a volunteer who brought the snake to Dewdney Animal Hospital in Maple Ridge. There, a video of the rattler was made.

Thanks to a microchip implanted in the snake, scientists at the Animal Rescue Association B.C. were able to determine it was from the Spirit Ridge Lody in Nk’Mip, Osoyoos, a town near the U.S. border in B.C.

“Doctor Adrian Walton and his team discovered the snake had been microchipped for a research survey, which means they know exactly where to take the snake home,” said Wildlife Rescue. Plans are underway to return the snake. Though, this time the snake will likely hitch a ride in a Tacoma instead of a Testarossa. 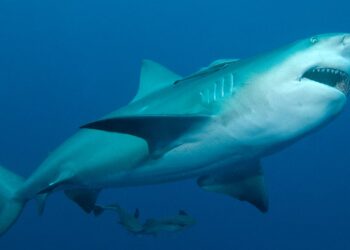 When a shark attacked 17-year-old Addison Bethea on Thursday while she was fishing for scallops in 5 feet of water... 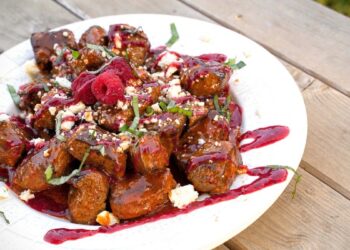 When it comes to deciding what to grill for the 4th of July, it’s usually a no-brainer: burgers, brats, and...

A 68-year old man from Buffalo, New York, was hiking in Wyoming’s remote Franc’s Peak region when he was attacked... 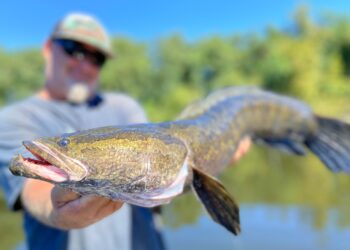 I can tell just by the take that a largemouth ate my frog. It was sudden but quiet, creating a...

Get Wound Up with Spring-Driven Cylinder Revolvers from .410 to 40mm! -The Firearm Blog