Good afternoon everyone and welcome back to TFB’s Silencer Saturday (Sunday) brought to you by Yankee Hill Machine, manufacturers of the YHM R9 multi-host suppressor. Last week we got a look at the KAC QDSS and QDC mounting systems. This week we get on the range with the legendary KAC NT4 5.56 suppressor for some select fire observations. How does it perform and why is this the new USMC suppressor above other choices? Let’s take a look. To the uninitiated, the USMC’s selection of the KAC NT4 5.56mm suppressor seems like an odd choice. After all, it’s been decades since it’s first development, it’s heavy, and the mounting system is not exactly slim or speedy in comparison to other market options. I have been guilty of slandering the NT4 in the past, without any factual details to back up my claims. But I can admit when I am wrong.

The fact is, the NT4 is built like a tank, the mounting system is easy and uses a simple flash hider, and it turns out that it is pretty quiet, even by today’s standards (check out the Pew Science review above).

In 2020, the government awarded Knight’s Armament an approximately $25M sole source contract over a seven year period to provide the United States Marine Corps with an unspecified number rifle suppressors. If you are unfamiliar with the wonderful world of government contracts, “sole source” is a vehicle for procuring goods and services from one specific vendor or manufacturer without competition. Normally, if an agency wants to buy something that costs more than a specific dollar figure ($3,500 for example), the requirements are published and qualified companies are allowed to bid for a price to win and fulfill the contract. All things being equal, the lowest bidder is awarded the contract. In theory, it’s a way of giving companies a fair shot to compete for government contracts.

In the case of sole source contracting, an agency or department has identified a specific product that meets its needs precisely and must justify the reasons it wants to skip the bid process. As with anything the government does, there is a lot of paperwork involved to support the request.

Let’s take a look at the information in the sole source contract request.

How many Knight’s Armament NTA suppressors is the USMC purchasing?

The $6.67M for FY2020 does not include Operations and Maintenance (O&M) so we can assume this figure is overwhelmingly just for the NT4 suppressors. Using a $1,000 per unit cost (an guess based on commercial pricing and volume government contracts) would mean about 6,600 suppressors were to be delivered with the FY2020 money and 8,200 suppressors with FY2021 money. Using fuzzy math and guesstimates, the entire contract possibly called for 15,000 KAC suppressors.

Knight’s Armament Co.,* Titusville, Florida, is awarded a $25,652,000 firm-fixed-price contract for procurement of 5.56mm small arms suppressor.  This contract provides for 5.56mm small arms suppressors that will be used on the M27 Infantry Automatic Rifle, M4 Carbine and M4A1 Close Quarter Battle weapon.  Work will be performed in Titusville, Florida, with an expected completion date of Sept. 20, 2027.  The maximum dollar value, including a base ordering period of five years with two 12-month options, is $25,652,000.  Fiscal 2018 procurement (Marine Corps) funds in the amount of $6,676,971 are being obligated at time of award and will not expire at the end of the current fiscal year.

Which firearms will be suppressed (according to the contract)? Marines will attach the Small Arms Suppressors to their individual rifles to aid in inter-squad communications, reduce hearing loss, and support operational stealth by reducing detection by a threat through reduced audible and visual signatures. Marines will use these systems on the M27, M4, and M4A1 in close combat force units. Currently, there are approximately REDACTED KAC 5.56mm suppressors in the United States Marine Corps (USMC) inventory.

This is a seven year contract for the initial procurement, replacements, and O&M.

The proposed contract action is to establish a seven-year IDIQ contract consisting of a base ordering period of five years with two twelve month options. In order to fulfill the Small Arms Suppressor AAO, the USMC plans to procure approximately suppressors on the first two orders of this contract, utilizing FY20 and FY21 Procurement, Marine Corps (PMC) funding as identified in the table below. The MCSC contract is the enterprise contract vehicle for initial procurement as well as any replacement quantities for suppressors in the USMC. As the lead Service on this suppressor, additional quantities may be procured as shown in FY21-FY27.

The planned sole source procurement will allow the USMC to eliminate the need to re-train Marines on a new materiel solution. It will also enable the USMC to continue to use their existing bayonets, as well as their existing Small Arms Collimators (SAC), Laser Borelight Systems (LBS), and Blank Firing Adapters (BFA), all of which are critical to accuracy and lethality in both training and combat. These items are interoperable with the current Small Arms Suppressor.

At the time of the sole source contract analysis, there were five GSA eBuy vendors that could supply small arm suppressors, including KAC. While the competitors were redacted, we can make the assumption that SureFire was one, possibly along with Dead Air, Maxim Defense, SIG Sauer, or Delta P Design.

No other type of currently available system will satisfy the Marine Corps requirement for a Small Arms Suppressor suitable for every Infantry Marine. By equipping close combat forces with the existing suppressor, their visible and audible signatures are significantly reduced providing concealment from the enemy. Additionally, the existing suppressor significantly increases and improves internal communications with a system that is interoperable with all fielded accessories (SAC, LBS, bayonets, etc.). Maintaining one suppressor configuration also aids in the safety of the close combat forces by eliminating the possibility of billet identification based on the suppressor configuration being utilized. Additionally, the suppressors must be common and interchangeable to allow for standardization throughout the close combat forces. Commonality and interchangeability significantly decrease training time and enables each operator to safely function in any given system under critically high-stress situations. For
example, commonality and interchangeability allow Marines to operate any weapon with the suppressor properly in lowlight conditions because the components and their dimensions are all known and the same—a lifesaving quality under the extreme stresses of combat. The known existing suppressor attachment method also allows quick attach/detach movements as needed during any particular mission, as well as provides interoperability amongst weapon systems as all muzzle devices would accept the common suppressor.

So While the KAC NT4 can now be described as a classic, it meets all of the requirements for training, budget, and operational readiness for the USMC suppressor of choice.

Ok enough contract analysis. Let’s get to the video.

There are three segments in this short clip – semiautomatic, short bursts, and fully automatic. The host is an 11.5″ Colt upper receiver with an H2 buffer. The ammo is Winchester white box 5.56 M855. We’ll talk about sound reduction, flash reduction, and using an ablative material when we finish up the KAC NT4 and start on the 5.56 QDC/CQB.

Thanks for reading. Be safe, have fun, and we’ll see you back here next weekend for another Silencer Saturday.

All YHM Products At Brownells 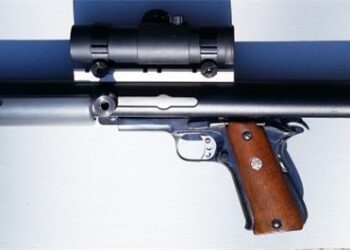 HOT GAT or FUDD CRAP? Ultimate 1911 PCC or Overmatch Travesty? Welcome everyone to the 154th edition of ‘Hot Gat... 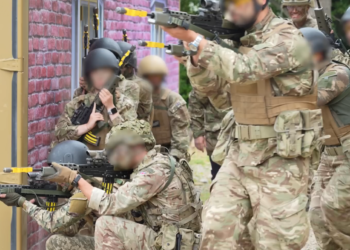 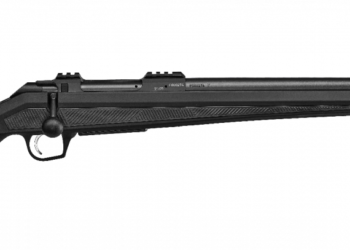 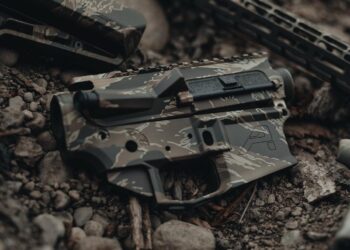