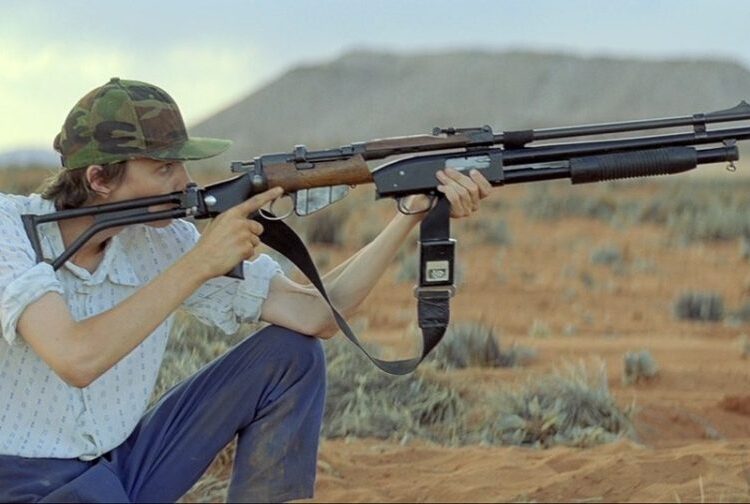 I like weird movies, and I like post-apocalyptic films, especially when they are a more mild, more believable end-of-the-world scenario.

Young Ones should be right up my alley. Sadly, I remember the movie being a little boring, a little drab, and more like a fever dream than a movie I enjoyed.

What is great in the movie is a gun known as the Dually. Technically, the Dually is two guns, though, to be fair, they are combined to make one gun.

The Dually is the ‘movie star’ gun of the film. All three main characters wield it at one point or another, but the film isn’t an intense action flick by any means.

You can tell it’s a Maverick by the placement of the safety — it’s on the trigger guard instead of being the Mossberg tang-style safety that populates most of their weapons. In fact, the tang-style safety would be a real pain to use with this setup.

To top the whole thing off, the Dually has a side folding stock reportedly from a Vektor rifle. Additionally, the rifle has a really neat sling… made from a seat belt.

When it’s the end of the world, you make do.

The Lee Enfield No. 1 MkIII* comes chambered in the famed .303 British chambering. This bolt-action, magazine-fed rifle is the most famous of .303 Enfields and served in both World Wars. The “*” in MkIII comes from World War I.

The original MkIII proved too expensive to produce en masse, and the * signified a number of changes that reduced the cost to produce the rifle.

This Lee Enfield served for ages! It wasn’t fully out of service until the 1960s.

The Mossberg Maverick takes the Mossberg 500 and makes it a little cheaper.

This is the budget line of Mossberg shotguns and provides a simple but reasonably well-made shotgun. It uses the classic pump-action tubular magazine design to hold five plus one extra shell.

They had to trim the Lee Enfield’s forend and eliminate the stock to accommodate the Mossberg Maverick and to fit the Vektor folding stock and pistol grip.

The Dually ties the Mossberg to the Lee-Enfield via a barrel clamp and a receiver clamp. It’s simple but doesn’t look rugged. I wouldn’t use it haphazardly.

The gun isn’t an action-packed film, but the Dually gets some use. When they intend to use the shotgun, the stock remains folded, and the weapon is tucked under the shoulder of the shooter — kind of like the “low assault position” from the Vietnam era.

When it’s time to use the rifle, the stock’s deployed, and the weapon’s aimed. The length of pull is so long it would take gorilla arms to reach and use the shotgun with the stock deployed.

Shooters hold the weapon by the Mossberg’s receiver when using the rifle.

Honestly, shooting a shotgun from the hip is a poor way to hit your target, and this makes the Dually way more movie-like than life-like.

In real life, the Dually’s barrel-clamped shotgun will likely severely affect the accuracy of the Lee-Enfield rifle.

Also, I could see the shotgun’s recoil heavily affecting the accuracy and longevity of the rifle. That’s a fair amount of weight and recoil on an old Lee-Enfield.

However, even as unbelievable as the platform is, the Dually sure as heck looks cool. It fits with the apocalypse aesthetic.

And why not? If your movie is a little boring, you might as well have a sweet hero gun.

What do you think of the M60? Let us know below. For more Guns of Pop Culture, head to our Fun Category! 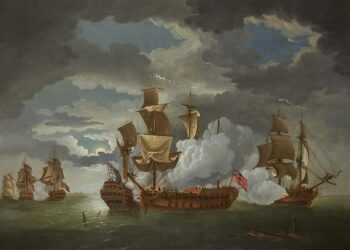 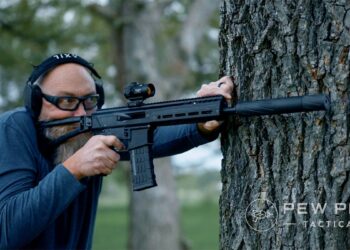 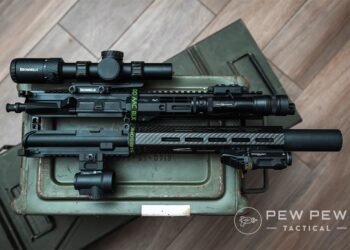