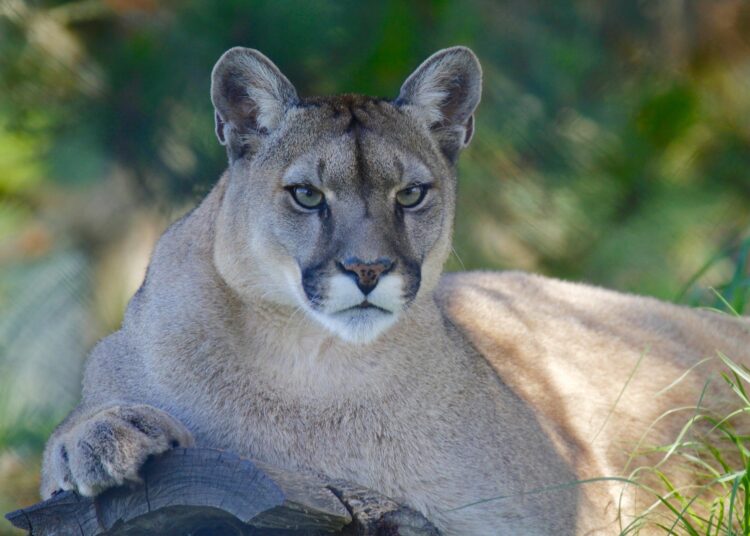 A trail run took a turn for the worse for a Utah woman over the weekend. She rounded a corner on a popular hiking trail to find a mountain lion lunging toward her. According to the Utah Division of Wildlife Resources (UDWR), she was traversing the Pipeline Trail in the Unita-Wasatch-Cache National Forest around 8:30 a.m. on Sunday, September 25 when the cougar attacked.

“The woman tried to back away on the trail as the lion leaped at her, and she slipped and fell backward,” said UDWR Spokesperson Faith Jolley. “The lion’s claws left two puncture wounds in her right leg.” According to Jolley, the woman managed to escape after her running companion threw a rock at the lion—ultimately deterring the animal.

The two women then hiked out of the canyon together and the injured runner was assisted by first responders when they reached the trailhead. After on-the-scene treatment, the woman’s companion drove her to a local medical facility where she received further care for her non-life-threatening injuries.

A wildlife biologist for the region told the Salt Lake Tribune that the attack wasn’t predatory in nature. Instead, the animal was likely surprised by the women as they rounded the corner and came into view. UDWR officials returned that same evening and euthanized the mountain lion after tracking it with hounds. “Typically, a cougar that is trying to prey on something will sneak up and ambush them,” UDWR Game Mammals Coordinator Darren DeBloois said in a post about dealing with cougar encounters on the agency’s website. “When a cougar lunges or bluffs a charge at someone, they are typically just trying to drive them out of the area because they have kittens or a kill nearby that they are trying to protect.”

According to UDWR, cougars can be found throughout the entire Beehive State, and population data indicates that their numbers are growing. Back in August, an archery hunter survived a similar attack while she was elk hunting in Tooele County near Rush Valley. Laurien Elsholz caught the entire encounter on video.

The attack in Utah is not the only mountain lion attack in the news this week. As of Tuesday, September, 27, wildlife officers in southern California are tracking another mountain lion after it attacked and bit a 7-year-old boy. According to local news reports, the boy sustained wounds that are not life-threatening before his father was able to deter the lion. The California Department of Fish and Wildlife (CDFW) is working to locate the lion with help from the United State Department of Agriculture.

In order to avoid cougar attacks, hikers and trail runners should go in groups and make lots of noise while traveling in cougar country. People should immediately leave an area if they discover the unattended carcass of a deer or an elk, according to the UDWR. If you do come into close quarters with a mountain lion, you should face the animal, make a lot of noise, and attempt to appear bigger than you are.